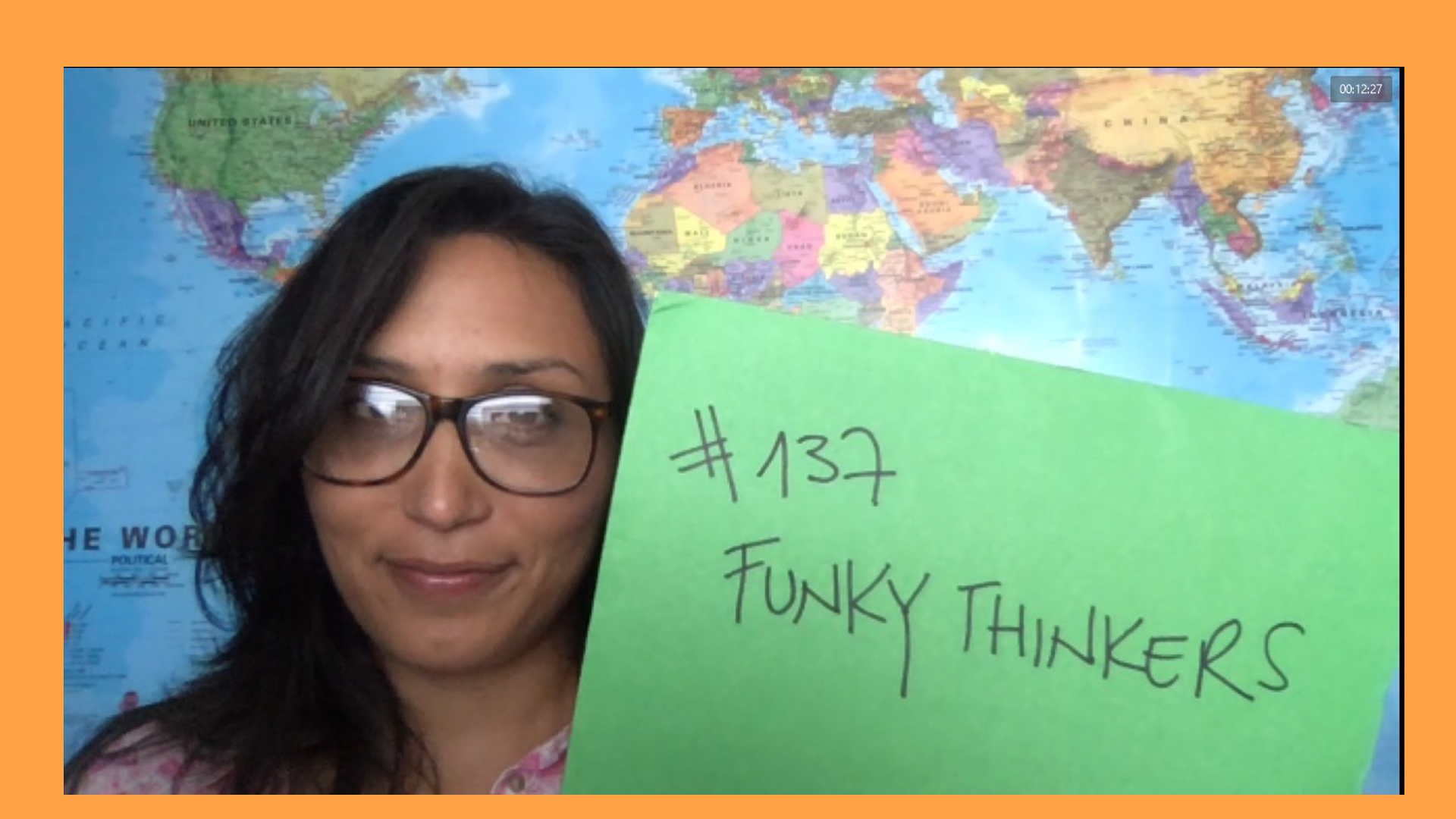 Isabel Firecracker is a life and career coach helping modern childfree women get what they want.

Why so Funky?
Having such strong help views is one thing - having them while living in a socially conservative country such as Colombia is another.

In this episode, procrastination, Auschwitz, knowledge, books and that guy from the Beatles.

Isabel Firecracker got an initial one point start for being the first person from Colombia to play Funkquest.

Q1. Isabel chose the man on the moon and the question is what problem are you currently grappling with.
Being honest (a good Funky Thinker quality), Isabel said procrastination. Her brain is like chicken brain.
And Isabel, they offer of sending a picture of your desk and adding it to the show notes is still open...
Funky Thinkers think that procrastination is an internet disease.
Before the internet, we would focus on one thing until completion. Watching a TV show, doing homework.

Now, we are playing on phones, watching TV, doing other stuff.
We would like to hear more about how people deal with procrastination.

People we need on the show. Someone who has got procrastination and dealing with distractions DIALLED.
Isabel has 80 things on her desk. So 80 points scored.

The question is "Where is the most interesting place you have been?"
Isabel had recently been to Auschwitz Birkenau concentration camp in Poland.
Instead of being gloomy as she expected, it was a bright sunny day and almost like a public park.

Very unusual (and FUNKY for a Colombian person to go to Auschwitz).

Stories are that the silence at these places is almost defeaning. People talking in hushed voices and are there to learn about the history.

Q3. Isabel picked the show (most ladies do) and the question is "What are you currently worried about?"

Not much was Isabel's answer.
The quote from Reinhold Niebuhr cropped up. Although, when recording the show, we couldn't remember it, or him.

To make the maths easy, I rounded Isabel's score up to 150 points.

Q4. Isabel picked the car - I think this is the first time it has been picked.

The question is "What from the present with stand the test of time?"

Isabel said knowledge and I slightly pressed her about what is knowledge in the days of the internet.
With so much stuff out there, what people THINK is important. The internet is the world's school gate.
20 points scored. Total 171 1/2

Q5. Isabel picked George Harrison and the question is "When was the last time you had a new lease of life.
A quick discussion about what this phrase meant. Is it an anglo-phile phrase? I didn't think so.
I told the story about Vinnie Jones (retired British footballer) recounting how after his wife died, he noticed things going on as normal.
Isabel has a new lease of life in 2017. So she scored SEVENty points.

Enough for fourth place on the leaderboard.
Isabel Firecracker is host of The honest uproar podcast and can be contacted via The Uprising spark.

It's getting super tight at the top of the FUNKQUEST leaderboard.

The pack is gathering and it will surely need a standout performance to breakfree of this logjam. 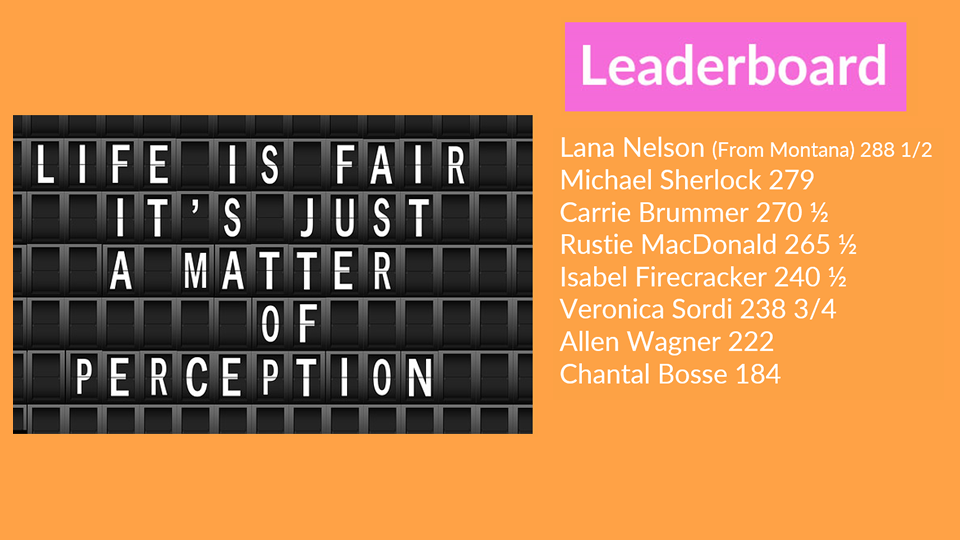