Season 5 of FunkQuest begins with the USA (In Canada) vs Scotland... Funky or what? In this episode, snowmen, vampires dying their hair black and cheap shots in Ice Hockey.

or listen to the Audio below

Where do you keep your guests away from?

How many times have you moved house?

Andrew picked the 'Pile of Burgers'

Which are better big parties or small gatherings?

Where were you when you last got angry?

Question 3
Andrew took a shine to the 'Action Figure'

What commandment would you add to the 10?

Which TV series have you binged on?

When did you have to complain about the service?

When was the last time you made a snowman?#

The 'Space Nebula' was chosen by Andrew

What's the worst thing you have been late for?

How often do you win things? 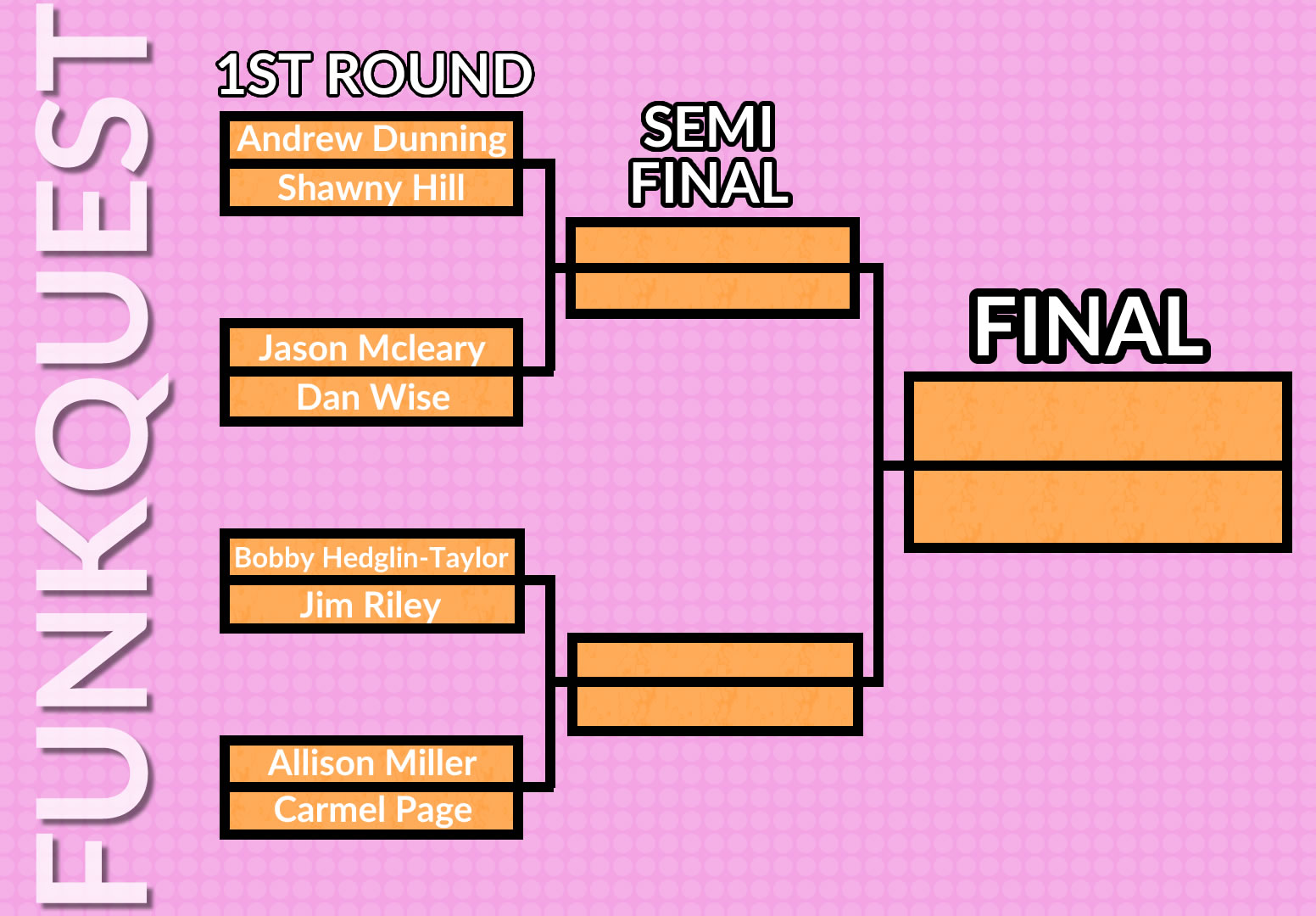 Too busy to listen to the full episode?

Get the key highlights below

To vote for your favourite FUNKSTER in FunkQuest is easy...

Voting closes 12noon UK/Big Ben time FRIDAY 22nd April.
The winner in this instance goes through to the next round of FunkQuest - Season 5.