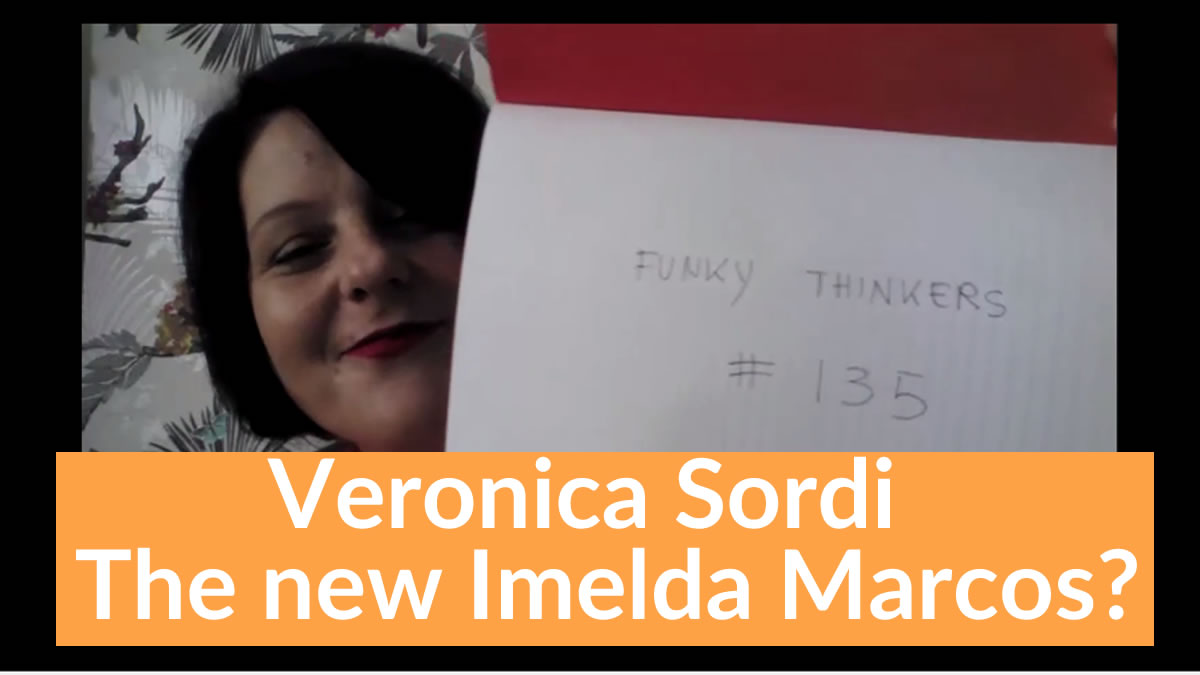 When I asked Veronica Sordi what makes her so FUNKY, she said
"I handmake period clothes and sell them on Ebay"
Most of my best customers are men...
I just knew there and then that we needed to have her on the show.
You can look at her Ebay shop on this link.

Veronica Sordi was the first Italian we had on the show. So that gets a bonus point for starters.
Question 1 - Veronica chose the cassette tape. The question is "Tell us about your record and tape collection when you were younger."
Madonna cropped up (again). Robert Smith from The Cure (for the first time). Robert was Veronica's first crush.
This was in about 1989. So Veronica scored 89 points.
Veronica knew the Soviet Union short was a football/soccer shirt. So that scored 1/2. Remember future FUNKQUEST guests - to score two easy points - know the Soviet Union football shirt and who George Harrison is.

Question 2 - Veronica chose the telephone. The question is "Tell us about your most recent lie"
Hopefully, Veronica's husband isn't listening because she recently bought some clothes (note the plural) and told him they were in the sale.
But they weren't... Discussion about Imelda Marcos.

Question 3 - Veronica chose the London Bus. The question is "How ambitious are you ? Really"
We discussed the niche of handmaking throwback and clothes from previous era. Some of which are bought by men.

Question 4 - Veronica picked the girl playing the guitar. The question is "Who do you go out of your way to be nice to?"
Veronica recounted the story when a young homeless man wanted £2 for a burger from McDonalds.
To make sure that he didn't spend the money on drink or drugs, Veronica marched him down to the restaurant and made him eat the burger.

For the picture of George Harrison - Veronica suggested it might be somebody from the Rolling Stones. (On account of the hair). That scored 1/2 point.

Question 5 - Veronica picked the picture of George Harrison. The question is "When was the last time you had a new lease of life?"
We discussed mums and dads going on bouncy castles and water slides and why lego was invented with the sole aim of harming parents' feet.

The updated FUNKQUEST leader board is below.

People we need on the show after Veronica Sordi - Funky Thinker 135
Someone who speaks more than three languages.
Someone with any kind of addiction - preferrably shopping.

It's getting tight at the top of the leaderboard after Veronica's episode.
Lana Nelson (Lana from Montana) is still at the top, closely pursued by Michael Sherlock and Carrie Brummer.
The next few episodes will sure be interesting as the log jam gets ever tighter. 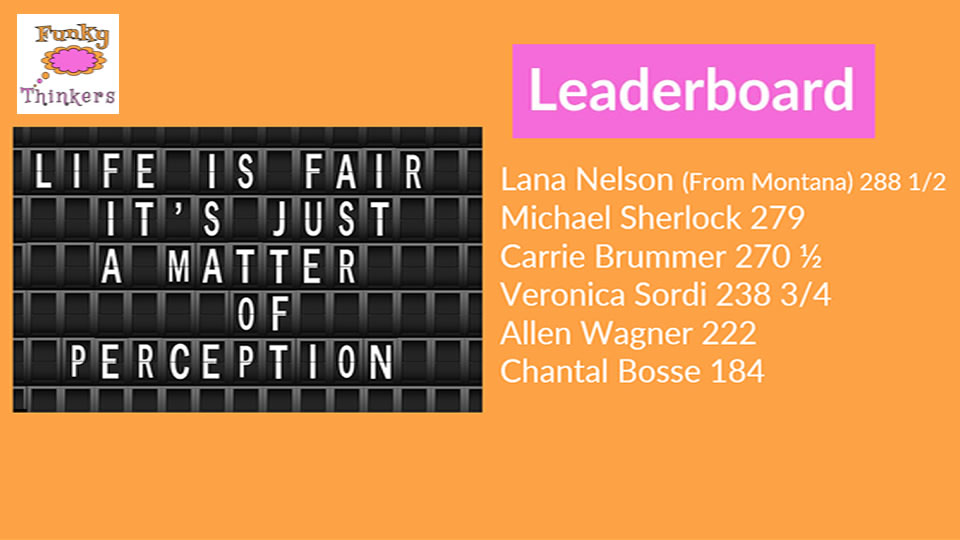