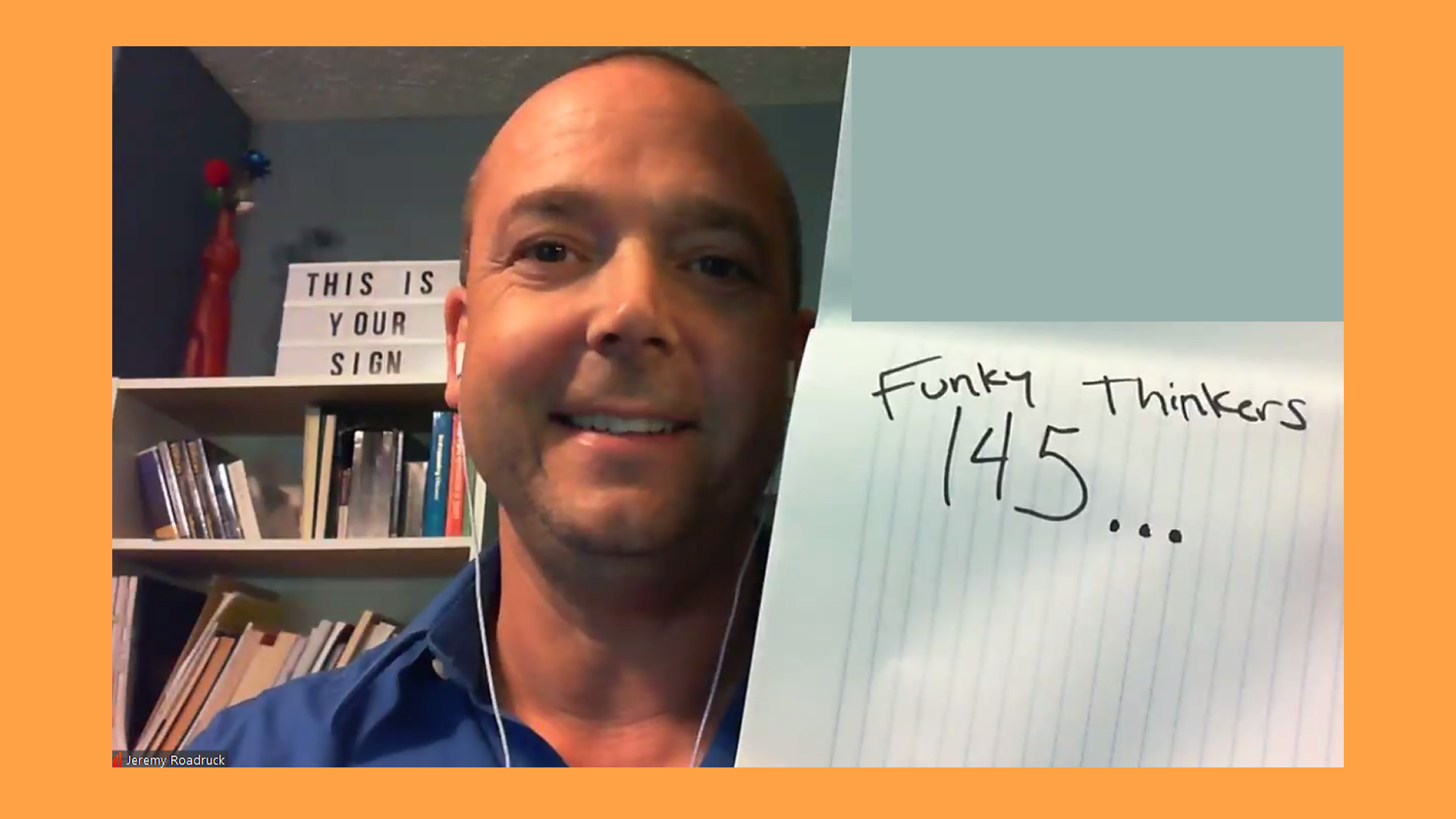 Jeremy jumped straight for George Harrison. Not so fast tiger - we had to head back to the top of the board.

Q1. Jeremy picked the cassette tape and the question is "Tell us about your record and tape collection when you were younger"

Jeremy told us about being a military child and having access to a wide range of country,folk and disco music in the 1970's.

Jeremy scored 77 points because that was when Staying Alive was a big hit.

Plus one in advance for George Harrison. Total 78

Q2. Jeremy picked the space hopper. The question is "What is your secret talent?"

Jeremy gave us a quick trip round his techniques of explaining things to people.

8 points scored. Because that's is how old kids are.

Q3. Jeremy picked the shoe. The question is "What are you currently worried about?"

Q4. Jeremy picked the laundrette. (Quick discussion about what it is actually called). The question is "How do you judge a person?"

Jeremy said that he doesn't judge - he evaluates. Is this person on a trajectory which will add something to Jeremy?

Q5. Jeremy picked George Harrison (bonus point previously awarded) and the question is "When was the last time you had a new lease of life?"

Jeremy told us how his daughter was born in 2014 weighing 1lb and the thought process that goes with taking things day by day. One hour at a time.

Jeremy Roadruck jammed the leaderboard up even further with a solid score of 261.  Those two extra bonus points Jeremy collected by knowing both the Soviet Union soccer shirt and George Harrison could prove all the difference in the shake up for the playoffs for season one. 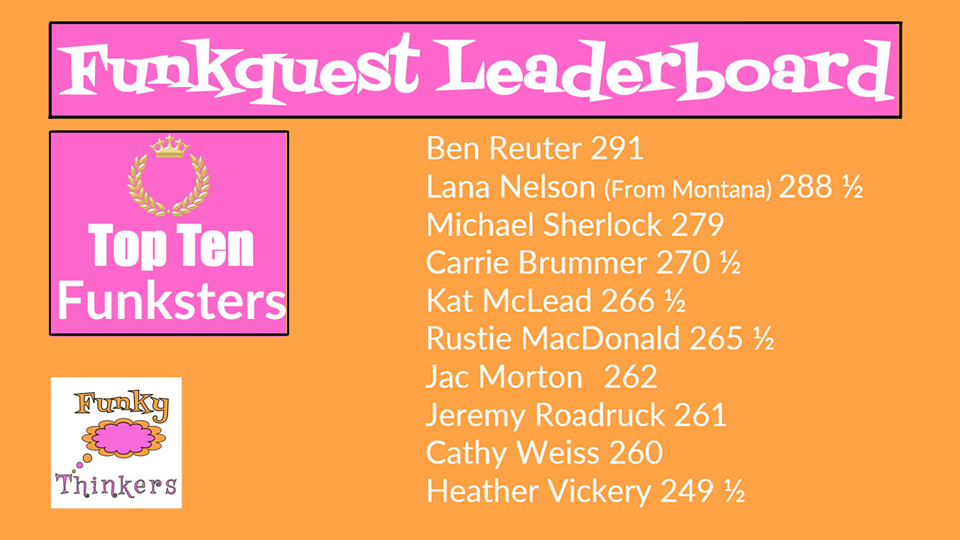