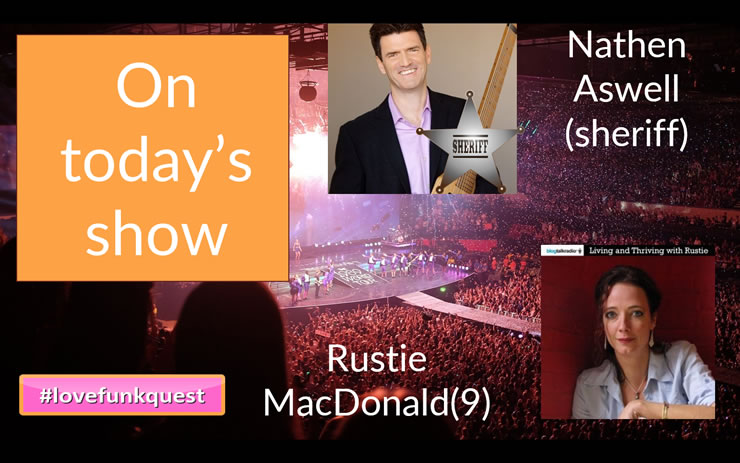 The final quarter final of the end of season playoffs was between Rustie MacDonald and Nathen Aswell.

The more eagle eyed amongst you will note that Nathen has already been knocked out.

Due to unavailability of the qualifying Funkster, Nathen was the sheriff.

The sheriff is someone who has been knocked out but is allowed back in - with no furthr penalty.

Q1. Being a musician, Nathen picked the boombox.

His film of choice was "It's a wonderful life"

Rustie chose the book of Eli

Q2.  Rustie chose the cassette tape and the question is about going back in time.

Nathen recounted his walking of the comino trail in Northern Spain

A discussion about the smurfs followed.

(First time they have cropped up).

Q5. Nathen picked the person rowing in the bucket.

Nathen lives in Vancouver and after it has finished raining for 30 days, he lives in paradies.

Rustie on the other hand, lives in Jurassic Park.

To vote for your favourite FUNKSTER in the Funky Thinkers playoffs is easy...

The winner goes through to the semi final. The loser... we stay friends but they are out of the competition.