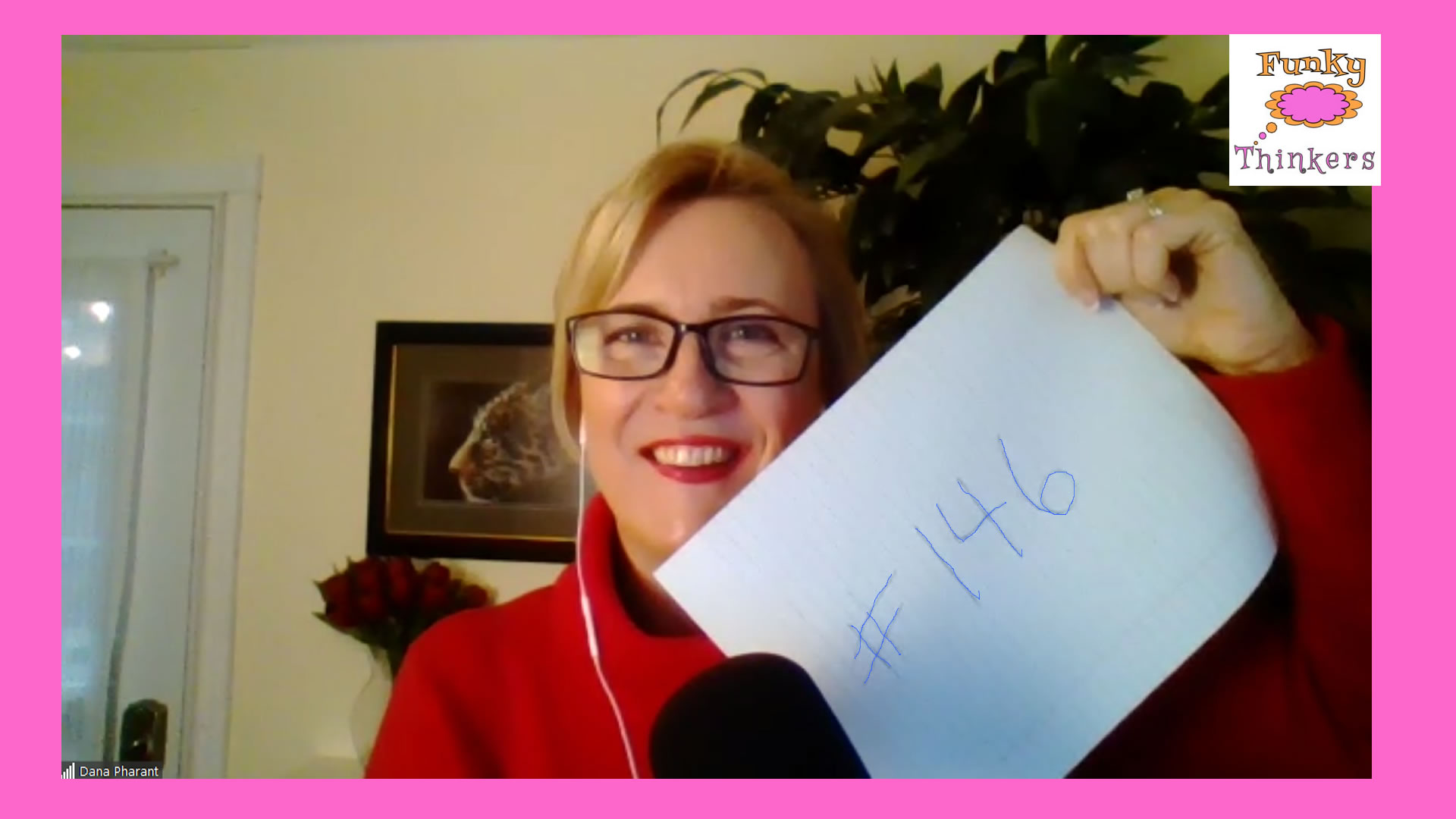 Dana Pharant is a TWO time FUNKY THINKER. As well as being the only Dana Pharant in the world, she is a speaker and coach.

How many points did Dana Pharant score on FUNKQUEST?

Q1. Dana picked the cassette tape and the question is "Tell us about your record and tape collection when you were younger."

It is remarkable that in the days of cassette recorders, virtually every teenager around the world was sat rewinding cassettes with pencils and pens.

It is a wonder the single use battery ever took off.

Because Pink Floyd were the first number one of the 1980's - 80 points scored.

Q2. Dana knew that the shirt was a football shirt and probably european. 3/4 point bonus scored.

Most people on the show don't tell lies - so we may have to change this question. 20 points only scored.

Q3. Dana picked the London (red) bus and the question is "How ambitious are you really?"

It is powerful stuff when a professional speaker indicates that they rate themselves as 6/10 on the ambition scale.

Because Dana admits she doesn't follow up as much as is possible and that this could bump it up to an 8/10.

If there is anyone reading, listening or watching who is an AUTHORITY on follow up. Please get in touch so we can have you on the show to discuss this further.

Bit of a sloppy answer as far as Funk points are concerned.

Q4. Dana picked the girl playing the guitar and the question is "Who do you go out of your way to be nice to?"

Dana said her inner circle of friends. A continuation of the discussion from question 2 about do you be honest with someone or tell them a lie not to hurt their feelings?

Dana did not know who George Harrison was.

Q5. Dana picked the roller skates and the question is "What got ruined because it became popular?"

Funky Thinkers view this as just more gurus to follow and just another industry.

Solid answers all the way through.

Let down only by the low scoring 6 on the "How ambitious are you question?"

This really could have challenged the leaderboard with a better score.

Good for the middle rankings of the Funkquest leaderboard and probably good enough for the end of season playoffs. 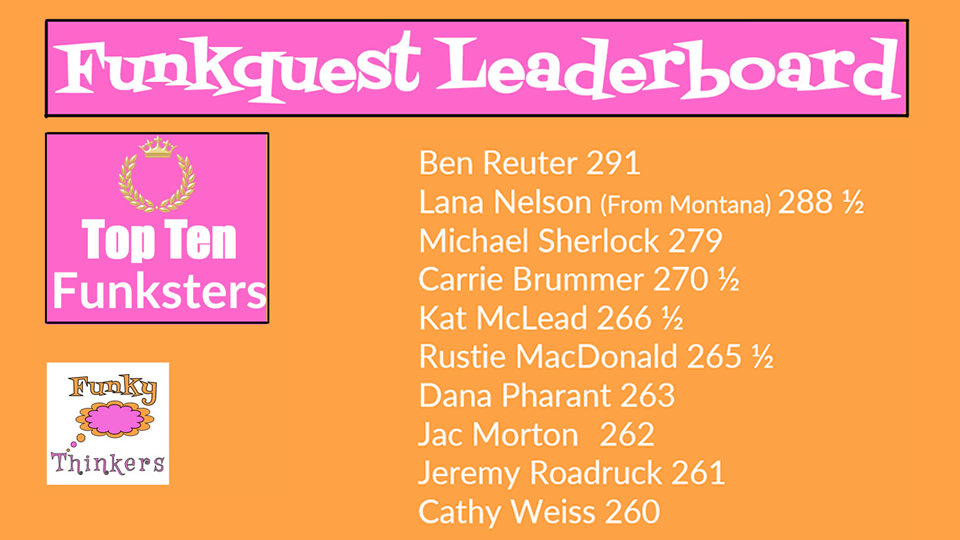