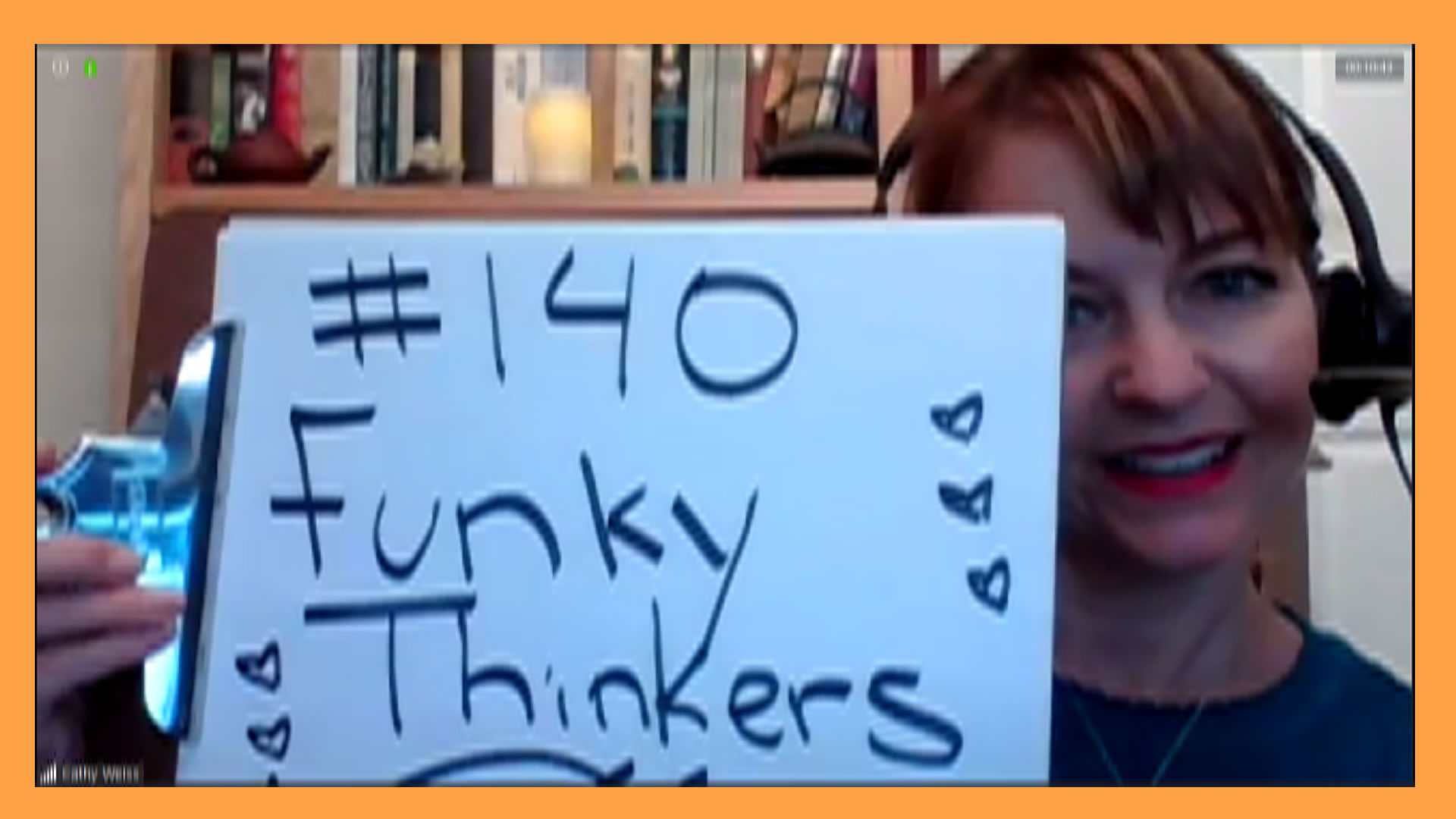 Whatever you think about alternative lifestyles and points of view, being a FUNKY THINKER means you listen to other points of view and decide for yourself if you want to find out more.
Cathy Weiss is (I think) the first clairvoyant we have had on the show.

Cathy got 20 points start because I said I was going to be stricter on the time limit as I had allowed some answers to run over in recent episodes.

Q1. Cathy chose the astronaut and the question is "What problem are you currently grappling with?"

Cathy and her husband are discussing moving to Australia. (Where the Queen is actually Head of State).

Either as a worker or a tourist. Depending on how the immigration points stack up.

Is Australia the most regulated country in the western world? That's what I had thought.

The target is 65 points (to enter Australia) and so Cathy scored 65 points. Total so far 85.

Cathy kind of new the Soviet Union shirt so scored 1/2 a point.

Q2. A short discussion arose about the orange space hooper icon. (Not for the first time with a North American audience).

Cathy chose this and the question is "What is your secret talent?"

After a short discussion about swimming pool karate and the world wife carrying championship. One of those is real - guess which, we moved onto other matters.

Cathy realised that she is a clairvoyant. I aksed what she would say to people who disagreed or doubted. A shrug of the shoulders was the reply.

A swimming pool is 25 metres long so 25 points scored.

Q3. Unlike most women, Cathy did not pick the shoe. (If someone sells shoes like these, please get in touch).

Cathy chose the typewriter. The question is "What is some insider knowledge that only you have?"

"Humans have the capacity for ANYTHING" <<< Cathy's intonation. Not mine.

Q4. Cathy picked the laundrette and the question is "How do you judge a person?"

Cathy answered - by their energy. I referred back to Funky Thinker 139 Michael Barnes and the circle of energy.

Q5. Cathy picked the roller skates and the question is "What got ruined because it became popular?"

A solid episode from Cathy with consistent scores all round. Not troubling the upper reaches of the leaderboard but good for 6th. 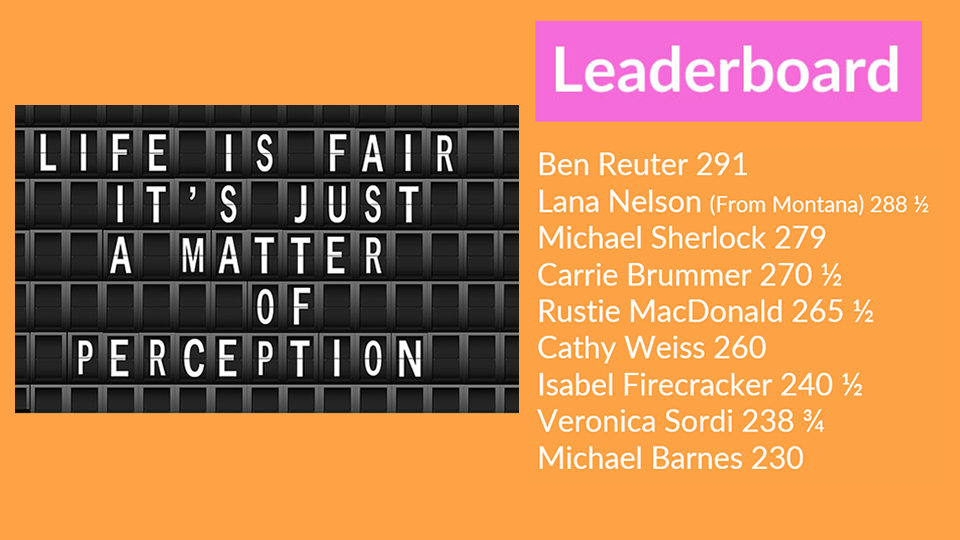