The excitement levels cranked up a notch at FunkQuest HQ with the first Quarter Final of FunkQuest season 1. Number ONE seed Ben Reuter up against number 12 seed Cathy Weiss. 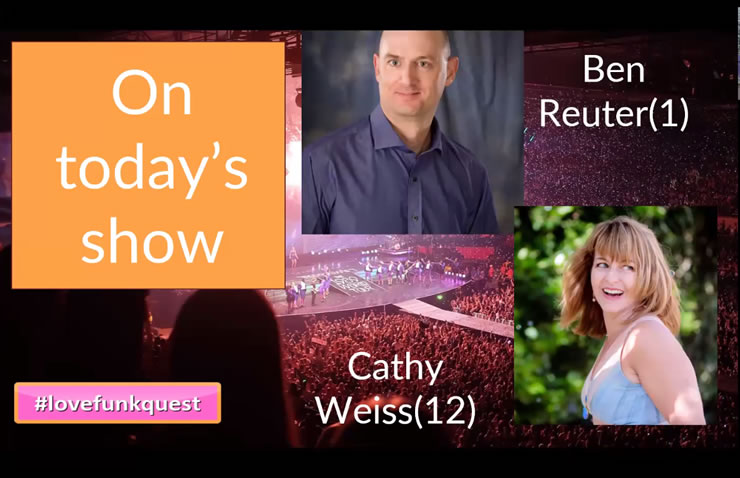 Q1. The question is "What film can you watch over and over again?"

Ben had received this question previously but Funkily gave a different answer. VHS recordings of Ironman races from the 1990's..
To marvel at their efforts given the levels of technology they had back then.

He would get his old dog back and Cathy would get her visa for permanent residence in Australia sorted.

Q3. The planning question cropped up (again). If you are a regular on the show - this will be changed soon...

Q4. Ben picked the records and the question is "What really needs to be modernised?"

Q5. The question is "Who would you pay money to see?