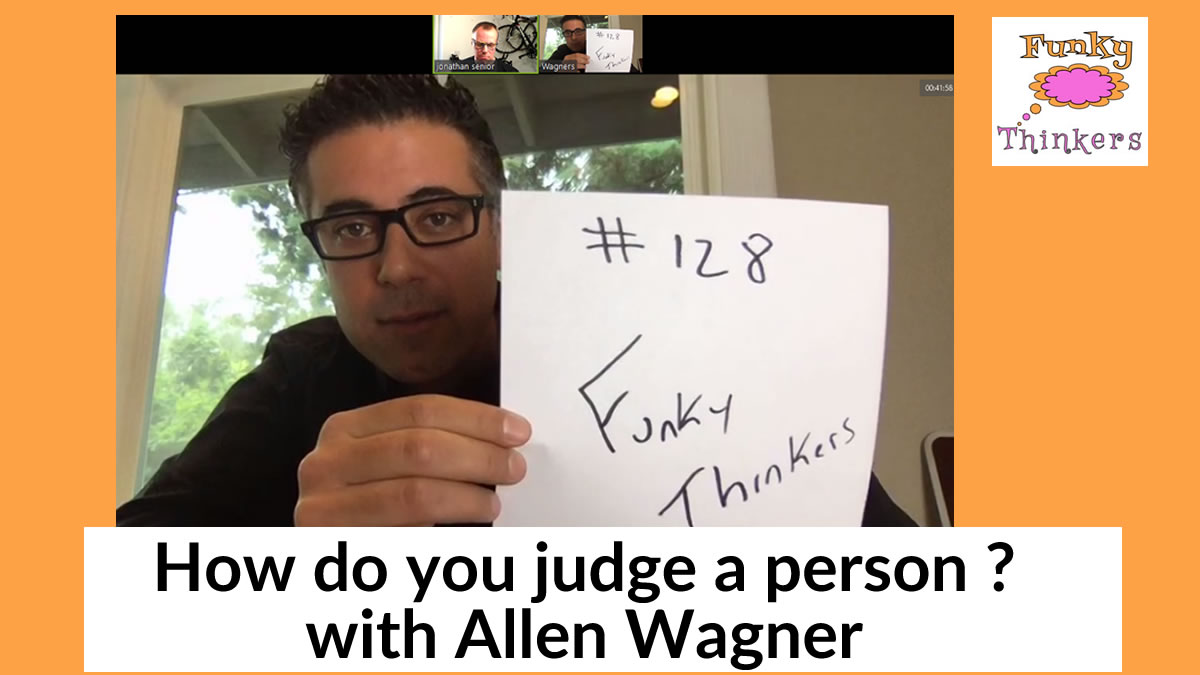 In this episode - Michael Jackson, Billy Joel, London buses, ambition (& why people living in LA are shallow), what did Allen do every Sunday for months & months and why this impacts on a sense of self.

Plus, why do women feel the need to gossip as a kind of social currency?

Remember - in FUNKQUEST - contestents like Allen Wagner never know the questions in advance - it is purely a game of Funky Thinking on your feet (or webcam).

We need to get Talia (Mrs Wagner) on FUNKQUEST next to see if she scores more points. (Clue - she will..)

Q1. Allen chose the cassette tape. (He hadn't seen one of those in a long time).
The question is "Tell us about your record and tape collection when you were younger"
Allen picked rock and roll. Van Halen, aerosmith etc. Allen did own a pair of bleach jeans, long hair.
Allen scored 77 points. Because that is when punk rock made it over here.
Allen did know that the shirt and is on 78.

Q2. Allen chose the telephone box. The question is "What was your most recent lie?"
I had feared this because the show was originally a Mr & Mrs Combo with Mrs Wagner also... But she was ill.
Allen realised that his memory sucked and telling lies was a bad idea.
Tell the truth - or as much as the age appropriate truth could be.
Allen tried for 500 points, because he didn't say a number. But for being cheeky, I knocked it down to 50.

Q3. Allen picked the London bus. (He always wanted to ride on one). The question is "How ambitious are you really?"

Taking extra time at night - when everyone is watching game of thrones - to do the hard stuff that no one sees.
Katherine Grainger (gold medalist London olympics, rowing) cropped up.
When asked "Don't you miss your family, she replied. It's not what I miss, it's what I want. I want to be Olympic champion, world champion, Commonwealth champion.
And this is what I need to do to get it. 36 points for this question.

Q4. Allen chose the laundrette. (Or as he called it - The laundromatte). The question is "How do you judge people?"
The concept of looking into people rather than up to them has cropped up before. Allen talked about the person's sense of self. Probably tricky to establish in the make believe world of Los Angeles.
The fast show cropped up and that series was from about 1999 - so Allen scored 99 points.

Q5. Allen did know who George Harrison was - so he score a point.
Allen chose the horse and buggy. We call it a horse and cart.  The question is "What things about the opposite sex confuse you the most?"
As a male therapist, Allen spends a lot of time with women. His time in grad school was him and 20 women.

As far as the scoreboard is concerned - Michael Sherlock is still top with 279 points. 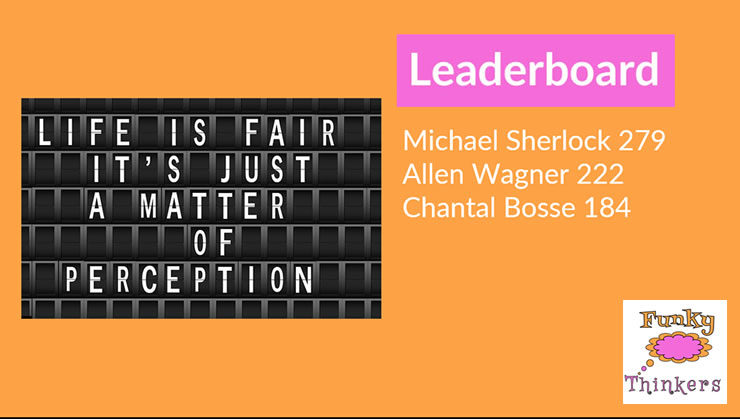