Funksters are in the starting pens and the draw and seedings are out for season 4 of FunkQuest. The are some new names as well as some returning. The full draw is below.  We recommend setting aside 15-20 minutes per week to hear random thoughts, ideas and suggestions of books to read. Be sure to never miss an episode on YouTube.

Until the first episode is released, pick your favourite FUNKSTER and go to their website and check out their FUNK. 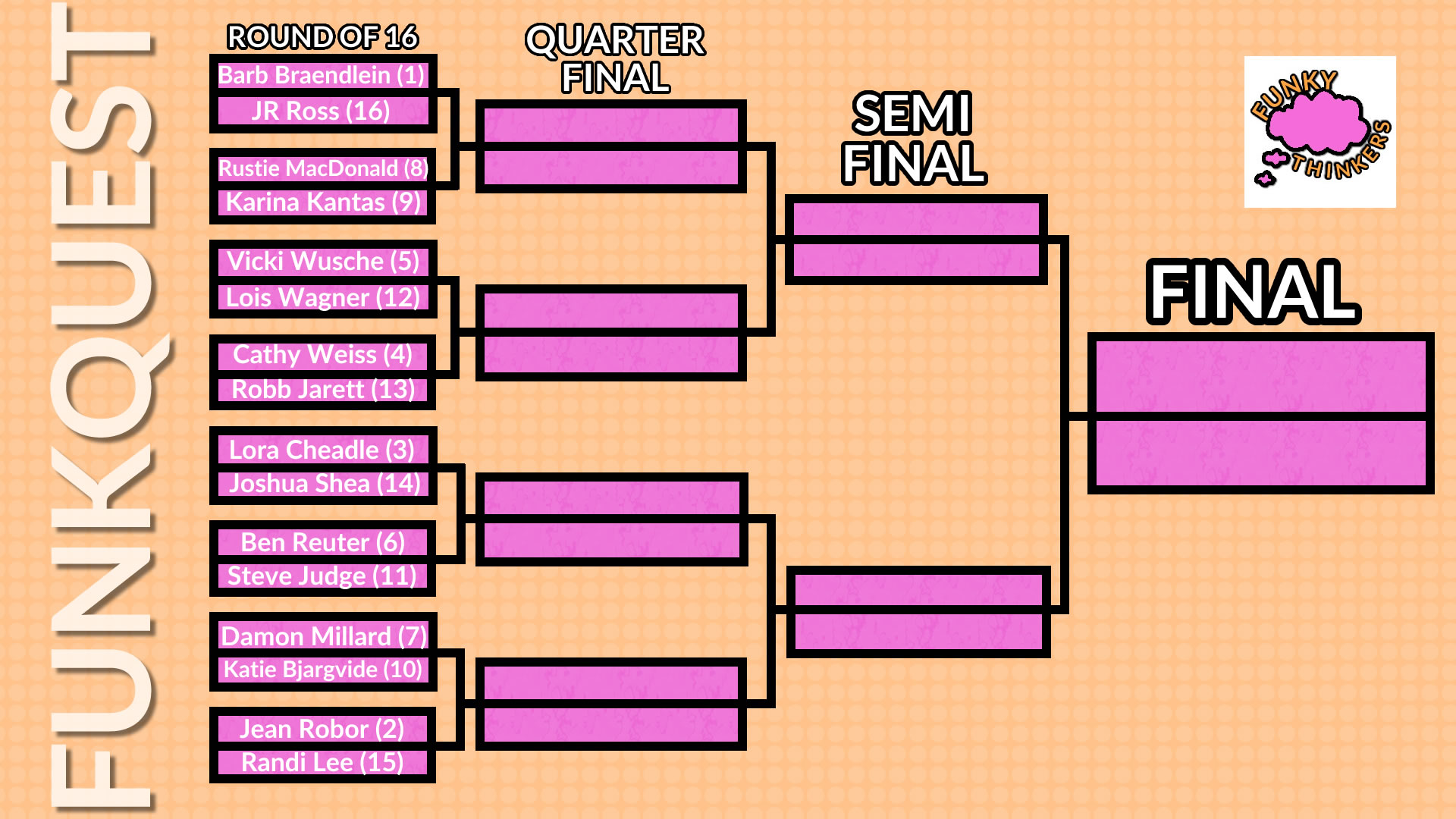 Voting and advancing to the next round.

The winning Funkster advances to the next round if they have more votes than their opponent. "Votes" are in the form of comments expressing a preference on the relevant episode page on FUNKYTHINKERS.COM. In the event of a tie, the Head Funkster has casting vote. Votes on other platforms (YouTube, Spreaker, iHeartradio etc) will not count.

If any qualifying funkster is unable to take their place in the next round, the Head Funkster reserves the right to recall any eliminated funkster. They will be known afterwards as "The Sheriff." They re-enter FunkQuest with no further penalty or hindrance.