Not just management as usual 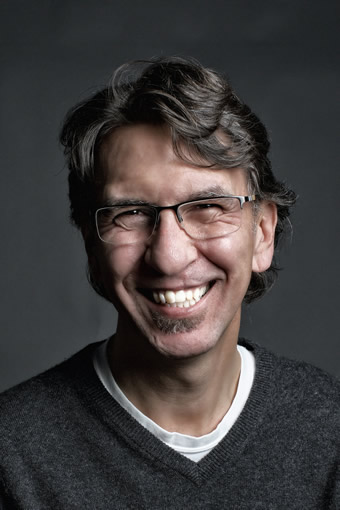 Dr. David Holzmer is researcher, consultant, and leadership innovator who has pioneered new, more effective strategies for helping businesses awaken workforce engagement, creativity and resilience. Through evidence-based approaches, he teaches companies how to break free of "management-as-usual" and the outdated practices that actually stifle intelligence, creativity, and initiative.
Instead, he shows organizations how to develop cultures that are better equipped to navigate continuous change and align with the critical forces now driving value-creation in the 21st century.

Raised in a small family business, David understood early on the struggles organizations go through to work together and be successful. At the family's hardware store, David learned quickly that this process was never easy. For example, despite his family's best efforts, David saw that one of the hardest parts of business was keeping workers and management on the same page.

As the technology transformed the world of business and the job of managing a workforce, the hardware store struggled to keep pace. Around the time the hardware store closed, David was ready for a change. Seeking work more aligned with his people-centered values, David began what would become a 16-year career in the human service industry.

While the work with clients very gratifying, David was soon encountering the same us-versus-them workplace dynamic he saw in the hardware store. His frustration grew as, once again, he saw how these divisions make the job more difficult, kept morale low, and lowered the quality of service experienced by end-users.

Now a supervisor and desperate for solutions, David thought that more education was surely the answer! This led, in 2006, to a Masters Degree in Nonprofit Leadership. While this training offered David a broader range of management skills, he eventually realized that even the "newest" management thinking was basically a gentler version of the same ineffective top-down strategies he learned at the family hardware store.

In fact, now fully-convinced that most mainstream management approaches actually stifle workers' intelligence, creativity, and initiative, David decided to go further in his education in the hopes of finding more effective alternatives and becoming part of the solution.

In early 2017 David earned a Ph.D. in Ethical and Creative Leadership. His original research helped to expand mainstream understanding of how, even under the most turbulent conditions, organizations are able to keep their workforces creative, resilient, and--most importantly--engaged. David found that the key factors had little to do with traditional supports such as compensation, training, or resources. David's findings indicated that the key was in creating supportive work environments that leaned less on formal rules and control measures. Instead, the most effective team environments were those in which managers were consistently focused on creating collaborative work environments high in psychological safety, interdependence, coherence, and shared experiences.

David's findings are now creating something of a buzz in both academic and mainstream circles. This has included opportunities to present his original approach to management and leadership in the U.S., Canada, and Europe. Through his consulting practice David is now sharing his ideas through trainings and keynote presentations to organizations across the globe.